HOME > Books > A Yellowthread Street Mystery > The Far Away Man 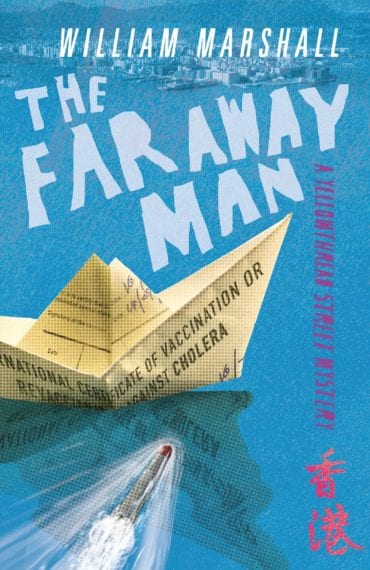 His eyes are pale and expressionless. His intent is deadly.

The Far Away Man kills with an antique; an 1891 single-shot target pistol. A single shot is all that he needs. His first victim is a shoe-shine man of no fixed abode. His second, an aristocratic naval officer. His third, a Chinese fortune teller. The only thing that ties the crimes together: a bundle of faded cholera vaccination certificates. And the killing is far from over.

A case this bizarre calls for the colourful detectives of Yellowthread Street. This time things are going to get personal. Join them on an investigation that will send Christopher O’Yee digging deep in Hong Kong’s dark underbelly, and Harry Feiffer into his own forgotten past.

The ninth book in William Marshall’s classic series is one of his most intimate, an examination of gun violence and remorse laced with his trademark humour and surrealism.