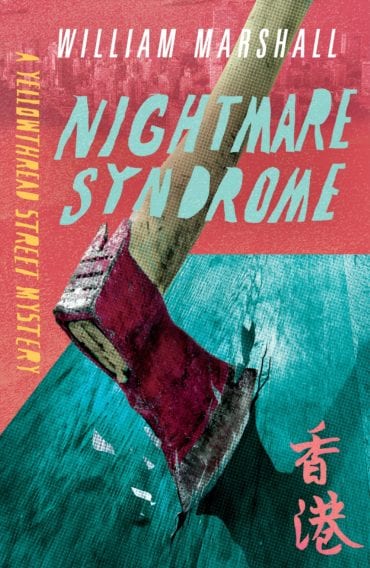 Nothing real could possibly be so terrifying.

The victims were old, rich and powerful. Men who had experienced everything life has to offer. Yet whatever they saw killed them with fear alone. Stopped their hearts dead. Made them tear their eyeballs out of their sockets.

In the final few weeks before the handover of Hong Kong to the Chinese, detective Harry Feiffer faces a battle with evil incarnate: a demonic witch doctor who has been sowing discord and reaping lives across Asia for more than a century. A monster which might even have killed his father. Or so he is starting to believe.

Detective Christopher O’Yee is packing up Yellowthread police station when a sleepwalking man enters his office, hands him a coded message, and plants an axe in his desk. The unexpected visitor has sharpened teeth, and he‘s bringing some friends.

Far below their feet, in the sewers beneath the station, PCs Spencer and Auden uncover a long forgotten menace – the mother of all unexploded bombs. Twenty foot of blue steel filled with anti-tamper devices and high explosives. For Spencer, this is a dream come true.

The penultimate book in William Marshall’s series is one of his best. A crazed meditation on the loss of empire, childhood and sanity, told in his inimitable madcap style.