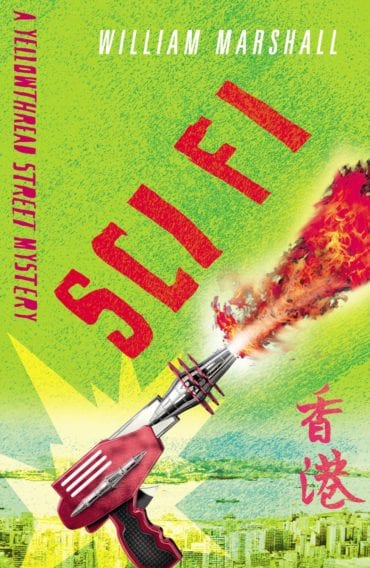 Batman is throwing up in one cell, while the Green Slime keeps escaping from another. Constable Yan is locked in combat with the Incredible Hulk – or is it Wonder Woman? Yes, the Sci Fi and Horror Movie convention has come to Hong Kong and an awful lot (literally) of the aliens have landed in the Hong Bay nick. It’s the usual chaos, with added Martians.

But then a Spaceman with a terrifying flame gun appears – there’s something in the Empress of India hotel he wants, and DCI Feiffer and team had better not stand in his way. Not unless they want to end up toast.