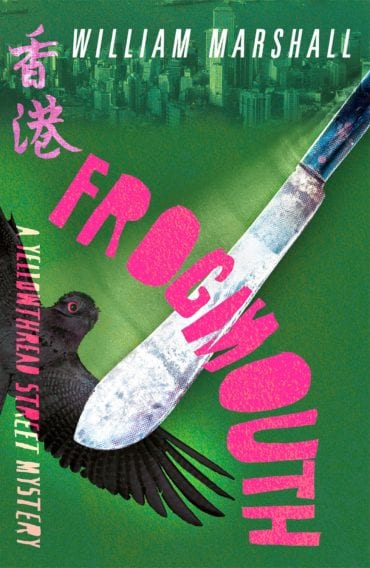 Every animal in Yat’s children’s zoo has been killed with a machete and a crowbar. Not even the toothless old dog which sat beside the wishing chair has been spared. The act is cruel and unfathomable.  More shocking than any ordinary murder. The only clue is a strange, tawny feather, accidentally discarded at the scene of the crime.

In one of the darkest and finest in the series, Detective Harry Feiffer hunts an unlikely killer in a case that makes him question the distinction between man and beast. Meanwhile Christopher O’Yee is forced to consider the possibility that Yellowthread Street Station is haunted, and Spencer and Auden provide their unmissable comic relief as they attempt to apprehend a bank-robbing Sherpa.

The twelfth book in William Marshall’s classic series mixes thrills and horror with profound questions and his trademark surreal sense of humour.