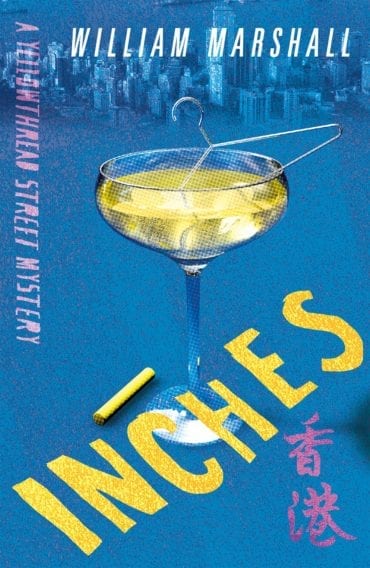 They stormed the bank by the book: used shaped explosives to blow open the doors, entered with guns at the ready. Inside, they found the entire staff lying dead by their desks. There were no signs of forced entry or a struggle. No money had been taken. There were just bodies. Nine ordinary people, killed in cold blood.

A case this extraordinary calls for Harry Feiffer, Hong Bay’s finest detective. The problem is, he has no motive, no suspects and no clues. Has someone finally committed the perfect crime?

Detective Christopher O’Yee is wandering the streets of Hong Kong impersonating a homeless person. His orders from intelligence are to scrawl the word ETERNITY onto sidewalks with a piece of yellow chalk, and to carry a coat hanger at all times. He has no idea why.

PCs Spencer and Auden have been ordered to investigate a series of attempted suicides at the futuristic psychiatric Institute of Yu. Before long they will be battling Mongolian hordes and a flock of warrior seagulls.

The fourteenth book in William Marshall’s series is a return to classic form. A crazed medley of action and humour wrapped in a mazy plot that examines serious issues and asks profound questions.