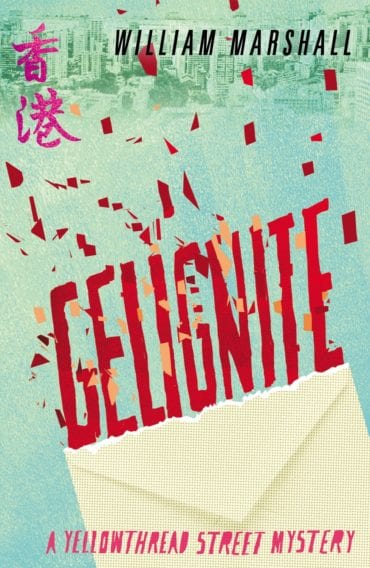 In the seamy Hong Bay district of Hong Kong, crimes of every shape and size were commonplace. But not letter bombs. Not till Mr Leung and Mr Ramaswamy were successively spread bloodily over the office walls.

When Detective Inspector Spencer narrowly escaped becoming victim number 3, the Yellowthread Street police were grimly determined to track down the culprit – before the Special Branch got to him. But unless they could find the link between the neatly timed warning letters, the ghosts in the Chinese graveyard and the strange mission of Mr Conway Kan the millionaire, the killer would go free . . .

Gelignite is another tense and exciting drama from the pen of a master.

Full of real police procedure, suspense and fine irony, but with whole extra dimensions of the surreal and the poignant, William Marshall’s Yellowthread Street novels have no real compare. For those open to their charms, this series is a hidden masterpiece of crime fiction.