HOME > Books > A Yellowthread Street Mystery > Out of Nowhere 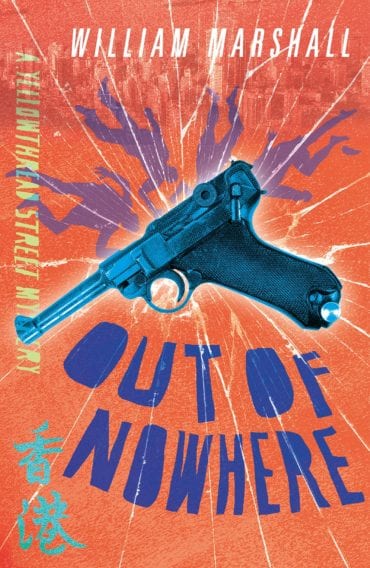 The victims were shredded in a storm of glass.

There was nothing the truck driver could do. The van was driving on the wrong side of the motorway, at night, with its headlights turned off. It came out of nowhere, loaded with sheets of cheap glass. The combined speed of the impact was 185 miles per hour. What was left of the passengers had to be collected in bags.

A horrific accident takes a mysterious turn when a bullet is found lodged in the base of the van driver’s skull. Suicide pact or something more sinister? A case this bizarre calls for the skills of Harry Feiffer, Hong Bay’s finest detective.

Meanwhile Christopher O’Yee is manning the psychopath hotline at Yellowstreet police station, and things turn canine for Spencer and Auden as they attempt to use an untrained Alsatian to catch a dog which has been terrorising the city’s apothecaries.