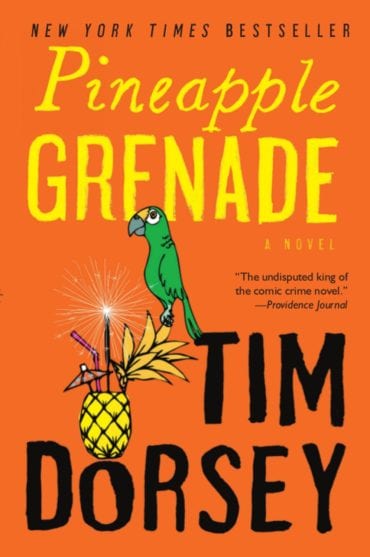 In this adventure Serge Storms bumps it up a notch, joining a CIA operation so covert even the agency doesn’t know about it.

First, there’s the media frenzy over the “Hollow Man”, a gutless corpse found on the beach. Could this be the work of Serge, that eccentric trivialista and one-man vigilante squad?

But also why is he extensively photographing foreign consulates right before the critically important Summit of the Americas comes to town? Does it have something to do with Serge’s declaration to his ever-stoned sidekick, Coleman, that he’s decided to become a spy?

The intelligence community isn’t amused, and they want answers: How did Serge and Coleman get so cosy with the president of a banana republic? Who is the femme fatale with a heart of gold – and national pride? Why is the congressman in favour of the latest oil spill? When did everyone forget how to drive?