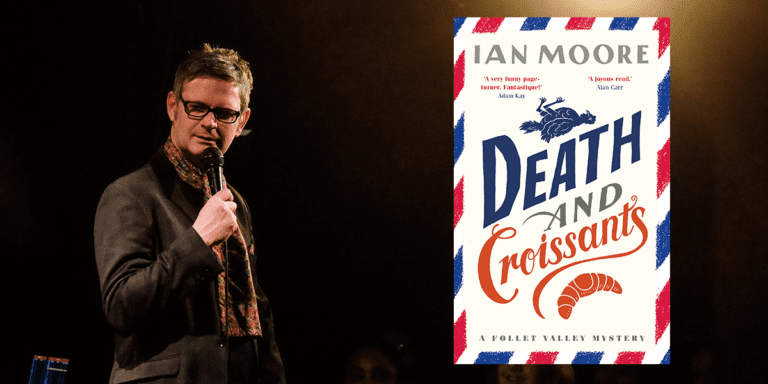 Death and Croissants has inspired many readers, including us. So, we turned it around and asked comedian and bestselling author Ian Moore…

The germ of the idea for Death and Croissants lies in an uncomfortable truth. The main character, Richard, owns a chambre d’hôtes, a posh B&B and likes, though that may be too strong a word, what that life offers him. That for the most part he can be left to his own devices, without his job getting in the way. Well, I too own a posh B&B and I find the life of a small-time hotelier, and I say this with apologies to my guests, phenomenally dull.
In order to brighten my days of breakfasting, bed making and stopping small uncontrolled Parisien children from throwing stones at the goats, I started to invent stories around the guests. Why were those single businessmen in the area? Why did the family from Lyon behave like they didn’t know each other? And that attractive, exotic lady from Nice, why did she think she had a right to tell me that I had my kitchen-salon ordered ‘entirely the wrong way’?
Well, the lady from Nice became Valérie for the most part, but with elements of other French women we have known since my wife and I moved here. Above all, she had to be one hundred percent sure of herself at all times; Richard had to doubt himself to exactly the same degree. A modern-day Holmes and Watson was the plan, with Valérie as Holmes. And I wanted the dialogue snappy too, playful, even if my two main characters were rarely on the same wavelength. Think Nick and Nora Charles from Dashiell Hammet’s The Thin Man or ‘screwball’ comedies of 1930s Hollywood where it’s usually the woman outsmarting the man but not always being aware of it, like Katherine Hepburn is ignorant of Cary Grant’s insecurity in Bringing Up Baby.
I also wanted the plot, and here again I apologise, to be slightly convoluted. I’ve always been intrigued that Raymond Chandler wrote The Big Sleep and even he couldn’t properly explain the plot to it. Also, the wonderful TV series in the 1980s written by Alan Plater called The Beiderbecke Affair comes to mind. It has smart, back-and-forth dialogue performed brilliantly by James Bolam and Barbara Flynn and a plot I still don’t understand today.
Death and Croissants had to be all of these things but mostly, it had to be funny. I wanted those classic ingredients of crackling dialogue but with a physical, farcical element as well; funny enough to be a humorous book on its own while the plot had to have enough depth to be a crime book in its own right. In cricketing terms, it needed to be a top-class all-rounder.

But the main inspiration, the driving force and starting point was France itself. The characters, the countryside, the foibles, the pace of life… if you can’t get inspired by that in some way well, then it really would be time to stick to bed and breakfasting. So, I though of Richard, poured a nice glass of rosé, sat on the terrasse and let the story unfold. 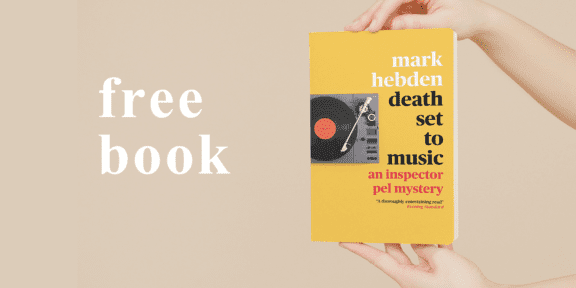 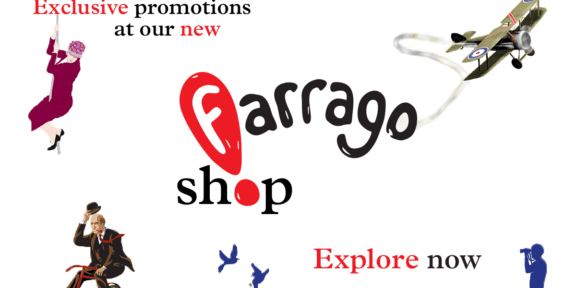 2020. What a year. Unprecedented challenges, difficult moments, and lots of Zoom calls: everyone has had to adapt…