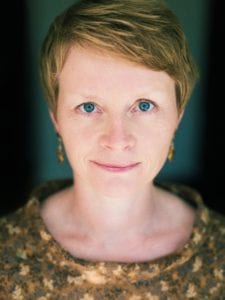 Farrago Books has acquired poet Isabel Rogers’ fiction debut, Life, Death and Cellos, in a two-book deal bringing the baton down on the Stockwell Park Orchestra Mystery series. The series, following the adventures of an amateur orchestra in London, is a perfect addition to Farrago’s humorous fiction list, following recent acquisitions of titles by Mandy Morton, Chris McCrudden and Jonathan Pinnock.

The opening novel, Life, Death and Cellos, finds the Stockwell Park Orchestra facing financial ruin after a guest conductor drops dead on stage, squashing and injuring their primary benefactor. In a tale marrying the insight of Sue Townsend with the farcical humour of John O’Farrell, a priceless cello is abducted, a conductor is stranded on the wrong side of the Atlantic, and Erin the cellist stumbles (eventually) on her true calling in life.

Isabel Rogers won the 2014 Cardiff International Poetry Competition and has been shortlisted twice in the Charles Causley poetry prize. She was Hampshire Poet Laureate 2016 and her debut poetry collection Don’t Ask was published by Eyewear in February 2017.

Commissioning Editor Abbie Headon says: “I’ve enjoyed reading Isabel’s pithy observations on Twitter for several years, and I was thrilled to discover that, as well as being a very serious poet, Isabel is also a hilarious storyteller. Life, Death and Cellos marries Isabel’s love of classical music with perfect comic timing and emotional depth.”

Isabel Rogers says: “I can’t always be moping about writing poetry. I spent too many rehearsals giggling to waste all that fantastic material, so Life, Death and Cellos muscled into my head and refused to leave until I wrote it down. I hope it might show readers who don’t play an instrument that just because people can master demisemiquavers doesn’t mean they are remotely civilised. Musicians want alcohol and custard creams. Anything else is a bonus.”

Life, Death and Cellos will be published in ebook, paperback and audiobook on 14 February 2019 and promoted through the book trade and direct to the Farrago mailing list of humorous fiction lovers. The second title in the series will be published later in 2019.

Humorous Mystery and Crime The No. 2 Feline Detective Agency 6

In the summer heat, Hettie Bagshot and her sidekick Tilly set out on a musical road trip to catch a killer cat.