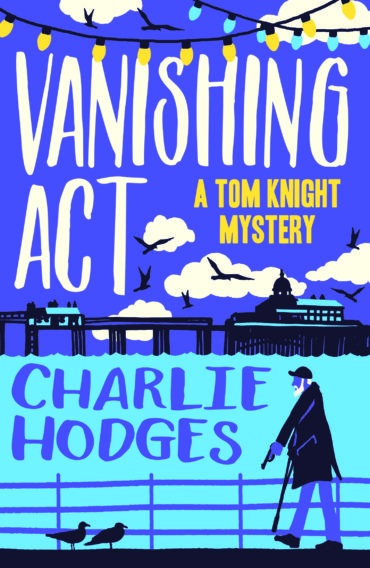 Ex-SAS officer Tom Knight is now a 73-year-old private detective in a seaside town, with a bad leg, a taste for good weed and a morbid fear of growing old. He’s also fallen in love with Fran, a sprightly 52-year-old carer at a retirement home. The bad news is that she’s dumped him for lying about his age.

So when she’s framed for the murder of three old ladies at the home he resolves to win her back by proving her innocence. His quest takes him behind the town’s veil of respectability, into a murky world of Oxbridge hookers, a lovelorn Tarot card reader and England’s most obnoxious policeman. He even faces up to his fear of old age and dementia, by going undercover at the care home where the murders happened.

But will it be enough to win back the lady of his dreams? Proving that you’re just as young as you feel, the Tom Knight mysteries combine delicious comedy with a precision-engineered plot.

“Great entertainment full of suspense and twists and turns.”

“He’s a wonderful cook, smokes a joint every once in a while, and hopes to get ‘the girl’ by investigating a murder… there’s no question about it, Tom Knight is hero material!”

“A great book, captivating and witty at the same time!”

“Filled with charm and wit.”

“I was delighted by the loveable, eccentric main character and the well-thought out plot.”

“This is the first book in the Tom Knight series and I’m already looking forward to reading more.”