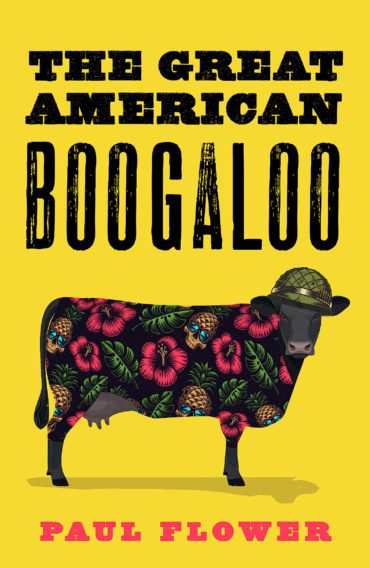 From his woodland bunker in Michigan, Bo ‘Big Bruddah’ Watts has assembled a scratch army of gun-toting militiamen, and he’s ready to use it. Rumours are circulating that the liberal, female President of the USA is going to fight climate change by banning beef, snatching the great American hamburger from the mouths of patriots. Big Bruddah missed the last militia uprising. That one, sparked by a conspiracy theory about a deadly virus and stolen cheese recipes, ended in failure when his now ex-wife, Miky Spike, stopped the potentially bloody conflict at a Cracker Barrel restaurant in Wisconsin.

He is determined to stop the president, with the help of eccentric octogenarian Wilbur Tuttle, who runs Silver Eagle Security, the private military enterprise owned by the hapless former governor of Michigan, Bill Hoeksma.

The plan is to launch a coup in Tampa, Florida by kidnapping the President’s daughter and then installing Hoeksma as a puppet President. With the support of Silver Eagle’s best men, Big Bruddah and Tuttle hope to ignite the long-awaited insurrection militia members call the “boogaloo.” What could possibly go wrong?

What readers are saying about The Great American Cheese War:

“A rollicking riot of insanity and I mean that in the most wonderful sense! I laughed my way through this story.”

“Highly recommended!! This book was a lot of fun, I laughed out loud, and it’s a clever satire book. It’s well written, engrossing and entertaining.”

“Enjoy your summer, read this book!”

“Satire at its finest. The whole book had me rolling on floor laughing!”