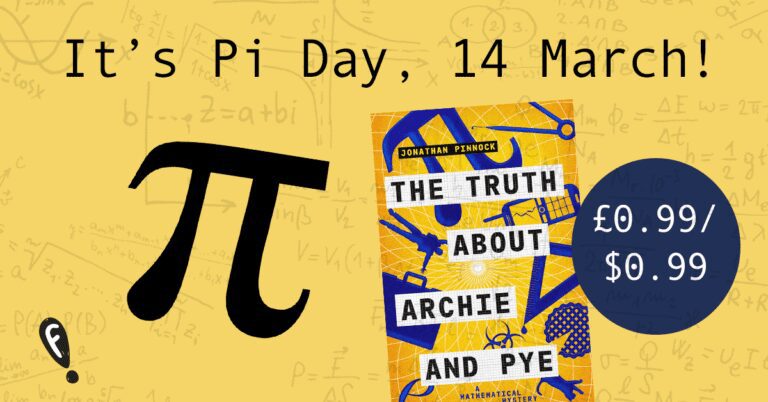 14 March is Pi Day (3.14 – American dating but hey ho we’re rolling with it..!): an annual opportunity for math enthusiasts to recite the infinite digits of Pi, talk to their friends about math, to eat pie, and to read Jonathan Pinnock’s The Truth About Archie and Pye…

Author of the exhilarating A Mathematical Mystery series

No, it’s not about pies. Well, yes, I suppose it does involve eating pies. Especially round ones. But it’s mainly about Pi. Or should I say π. You know, the mathematical constant. That π.

Well, I’m sorry if you feel like that. I rather think we should spend more time celebrating mathematical constants. But each to their own, I guess.

No, no need to apologise. It’s probably me.

Are you sure? Well, OK, π is basically the ratio between the circumference of a circle and its diameter. So let’s imagine that you marked out a circle on the ground ten metres across. If you walked around its perimeter, you’d actually walk ten times π metres. Or just over thirty. And if the circle was a hundred metres across, the circumference would be a hundred times π metres.

No, it’s always the same.

It really is. I can prove it if you’d like.

Fair enough. Anyway, π is this number that starts 3.14159265 and then goes on for ever and ever without repeating.

It just does. Trust me. It’s what they call a transcendental number, which is rather cool. It basically means you can’t construct it from any other bunch of numbers. It just sort of is. Which is actually quite deep.

Ah yes, I knew you were a Kate Bush fan. I was waiting for this. Second track on the first disc of Aerial, right? You know it’s a bit controversial, don’t you?

OK, the thing is, someone checked out the lyrics and discovered she’d missed out a block of 22 digits in the middle.

That’s unfair. Everyone should have a hobby. I’m sure he’s completely harmless. Anyway, it turns out it’s a bit more complicated than that, because if you listen really closely, there’s something a bit odd about the recording at that point and some people reckon someone just snipped a bit out because it didn’t fit and kept it to themselves on until it was too late.

Well, I prefer that explanation to the idea that she got it wrong. That would be unthinkable. I mean, Kate Bush. Come on.

Why today? Because the first three digits in π are 3.14, and that translates into March 14.

Well, it does if you use the American date formulation.

No, don’t be like that. If you use the one everyone else uses – or ‘normal people’ as you call them – you’d have to have it on the 31st of April or something, which would be stupid. Although some people have suggested holding it on 22nd of July, because the nearest simple fraction to π is 22/7.

Yep, that’s a fair question. It’s one of those things that every mathematician knows but never actually uses, because everyone’s got a bloody calculator on their phone and they might as well go with 3.14159 whatever. So the whole July 22 thing is a non-starter in my book.

Because it’s really important. It’s not just about circles and stuff, you see. If you study mathematics, you find that π keeps popping up everywhere. It’s as if it’s part of the fabric of reality.

Funny you should say that, because there are – although not all of them have a day set aside for them. For example, there’s e.

Yes, e. 2.71828 and so on. It’s another transcendental number and it pops up in even more places than π. And the really weird thing is that it’s actually connected to π by this absolutely amazingly weird thing called Euler’s Identity.

What’s weird about it is that the square root of minus one is in there as well, but we probably don’t have time to go into that now.

Yes there is one. It’s called i.

No, it’s not cheating. It’s how all numbers are made. Basically you start off counting things: one, two, three and so on, and you end up with all the positive whole numbers. But after that you need to find a way of representing things that have been taken away and you end up inventing negative numbers. And then you break something in two and you need a way of representing that, so you invent a new number called ‘half’. And very quickly you find that you need to generalise that, so you suddenly find yourself inventing the whole concept of fractions. Same with the square root of minus one. There’s nothing in the standard list of available numbers that works, so you create a new one. Hence i.

No, there isn’t an i Day. That would be silly. I mean, when would it be? Come on.

Well, no there isn’t an e Day either. Apart from this one [link: http://www.jonathanpinnock.com/wiki_archiepye/index.php/E_Day] that some idiot went and invented. And I’m not sure what you could do on e Day that would be like eating pies on Pi Day.

Since you asked, my favourite constant right now is probably the Feigenbaum constant, which turns up in chaos theory.

Exactly. That’s the best bit. The idea that there is some rigid, immutable constant at the heart of something as wild as chaos theory is completely bonkers. It’s what I love about mathematics – the way strange, unexpected patterns keep cropping up at the heart of reality for no apparent reason. Incidentally, if you’re interested in chaos theory, you might like my new book, ‘Bad Day in Minsk’, which is coming out on April 8.

I know, I’m shameless. I think you’d enjoy it, though.

No, April 8 isn’t Feigenbaum Day. There isn’t one, because Feigenbaum’s constant starts with 4.6692 and there’s no sensible way to make a date out of that. Shame, really.

Yep. So there’s basically Pi Day and nothing much else. Maybe the fairest thing to do is use Pi Day to celebrate all of mathematics.

Yes, and maybe buy a book about a mathematical mystery as a special treat. What an excellent idea! We could re-brand it as ‘Archie and Pye Day’.

Sorry. I did warn you I was shameless. 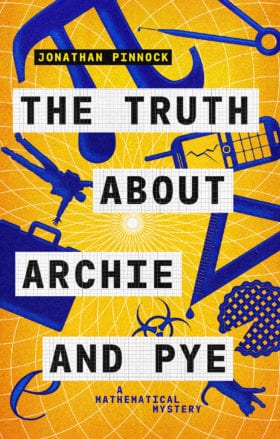 The Truth About Archie and Pye

What connects the mysterious deaths of twin mathematical geniuses with the Belarusian mafia and a cat called µ? 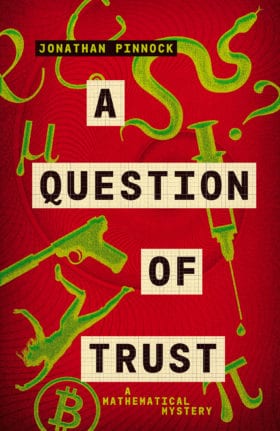 A Question of Trust

Tom Winscombe begins another hair-raising adventure as Dorothy vanishes along with all the company's equipment (and its money). 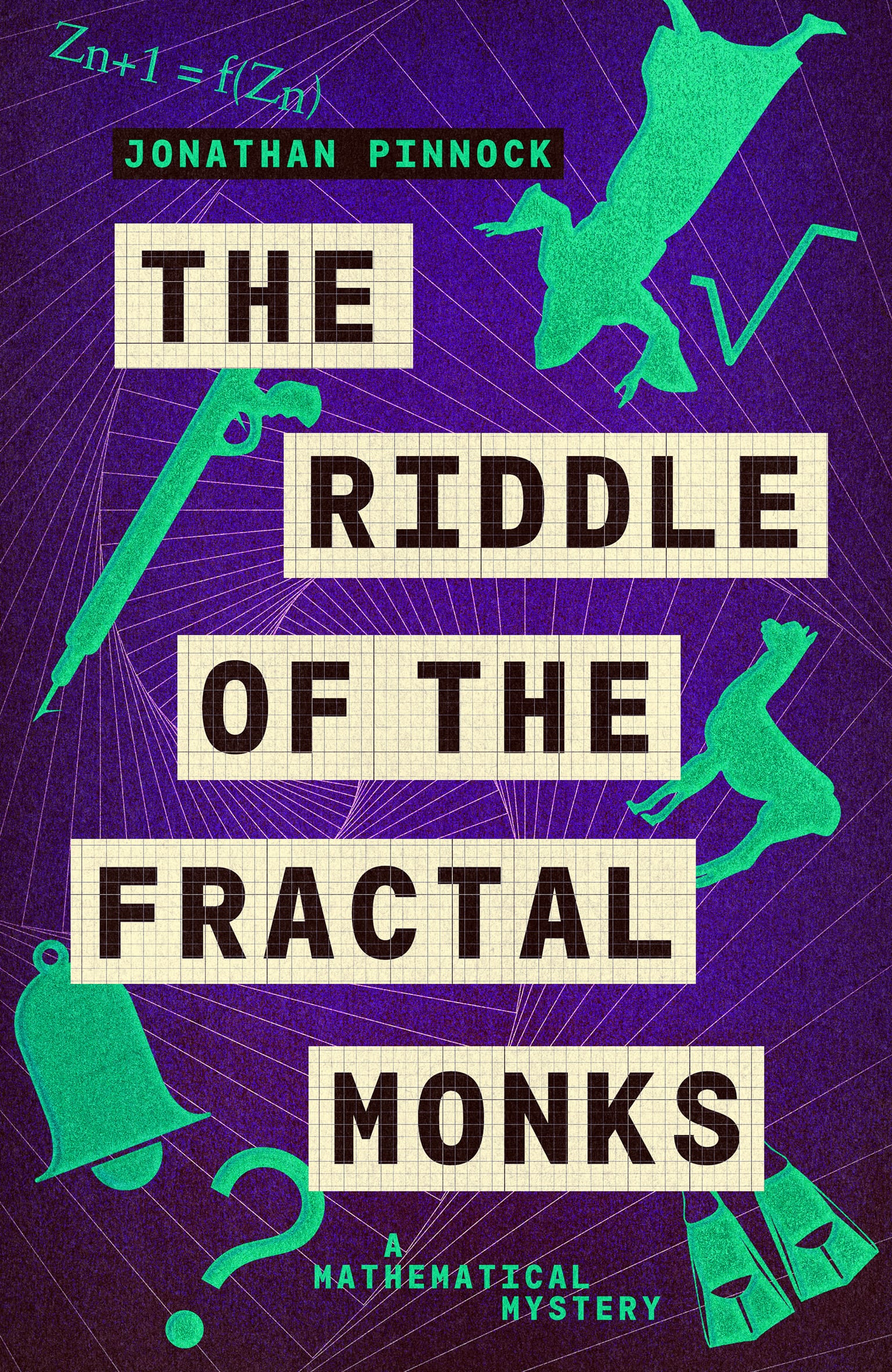 The Riddle of the Fractal Monks

Tom and Dorothy's date night is ruined by a mysterious falling figure: another mathematical mystery begins... 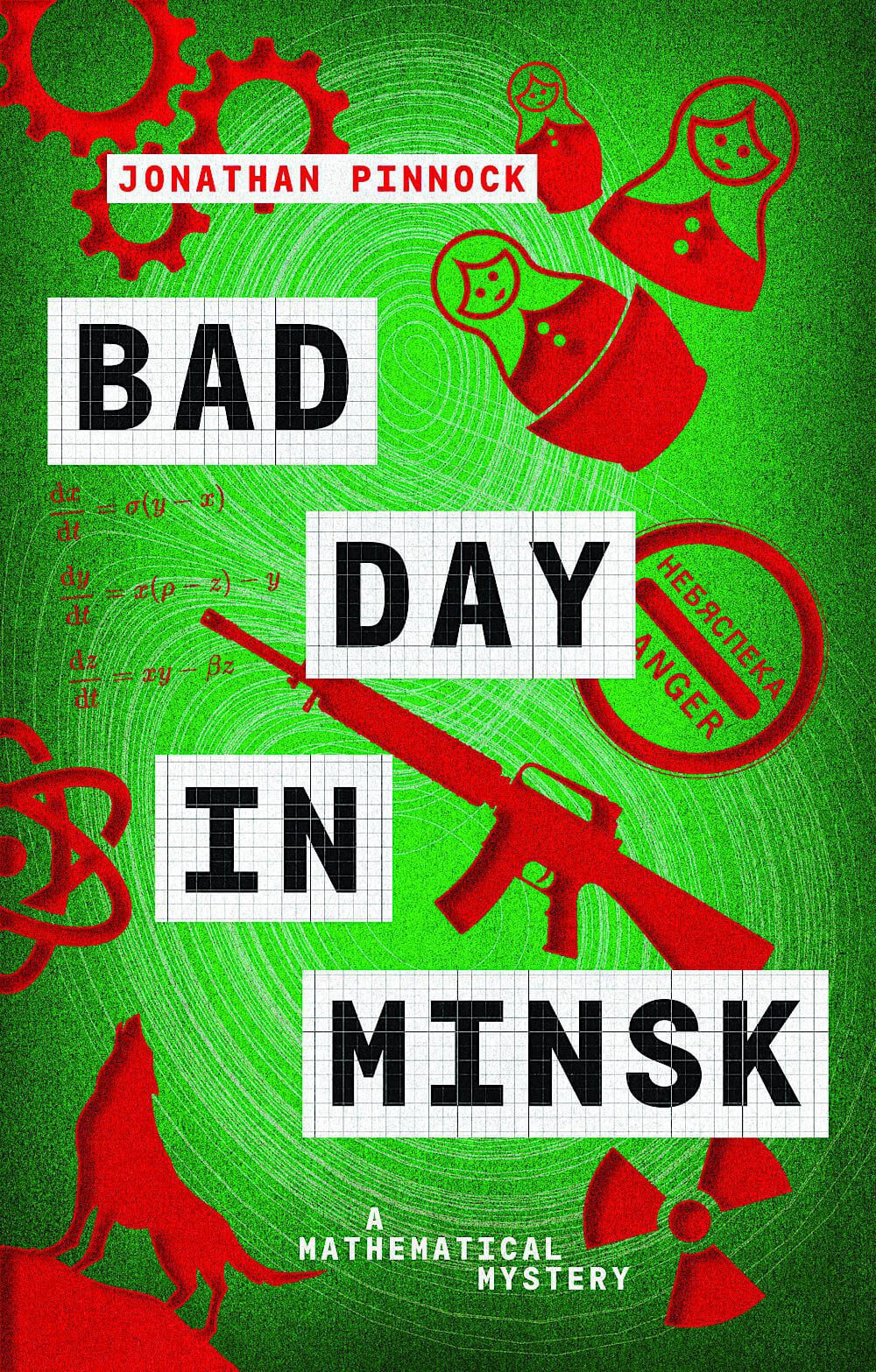 A witty, fast-paced thriller set in Belarus, with a dash of mathematics and a large dose of danger. 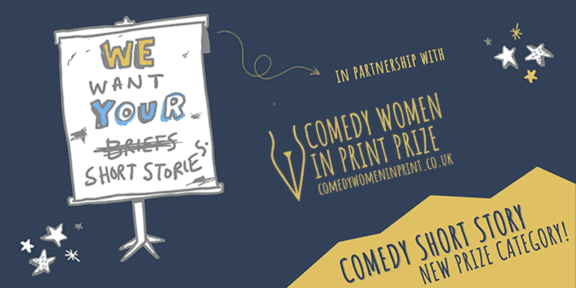 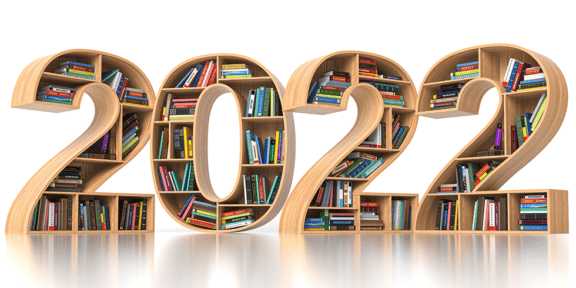